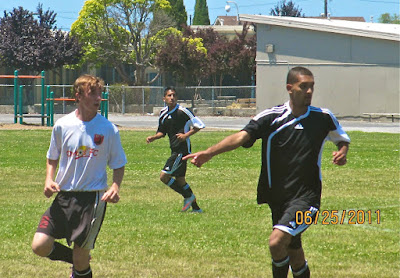 The neck injury he sustained in that final game of the spring season has healed. Advil and ice; Advil and ice. He eventually got into some light action Thursday afternoon when he got back to practice with his team for the first time since that very scary injury.

Now, he's all set for a great adventure. Early Sunday morning, he'll fly to Europe, where over the following two weeks he will compete first in the Dana Cup in Denmark, then in the Gothia Cup in Sweden.

The second tournament is huge -- his will be one of 1570 teams from 73 nations around the world, and they will be playing in front of crowds half again as big (60,000) as anything he has witnessed rooting for his San Francisco Giants' baseball team, for example.

What he is about to experience, at the tender age of 16, is the dawn of awareness that there is a big world out there, where many of his personal choices, like to play soccer instead of baseball or basketball or track -- all of which he easily could compete in at a star-level at the high school level -- will allow him to experience the world in a more expansive way.

Another of his choices -- to attend a 94 percent "minority" high school, where he is in fact a distinct minority as a Caucasian -- will be validated as he competes with other 16-year-olds of every race and color the earth knows.

Today, as his excitement started becoming evident in his voice and his fidgeting, we visited a local sports store to get him more soccer socks, shorts and sweat pants. This is an adventure he has truly earned, not only through his athleticism but through his personal commitment to pay as much of his own way there as he could.

Thus, he has held soccer clinics, walked dogs, babysat, cleaned houses, gardened, served as a soccer coach at a camp, and run errands for many months now. He also composed his own (very sweet) fund-raising letter, which I let him send to a small group of friends and relatives, almost all of whom contributed.

As a result, over 50 percent of the cost of his trip is being paid by him! Mom and Dad only have to shoulder about 25 percent each.

My only regret about this whole experience is that I will not be there to witness him playing in these tournaments. I've rarely missed any game he's played in, and I could have gone to Europe (I had sufficient "mileage" on an airline), but it somehow seemed better that he go on this adventure on his own, without his over-protective Dad hovering along the sidelines for once.

Besides, months ago I made other plans for those miles. I decided to donate them to a good cause, to help someone else dealing with adversity, and although my previous attempts to do so failed, I'll eventually succeed in that quest. On top of these reasons, there are his two younger siblings who need me around in order to get to and from their daily camps and jobs and parties, and often to get the one solid meal a day they'll fit into their own busy social schedules.

Not to mention the fact that I am launching a company, my clients need me, and my technology blog has started to attract a large audience and is gaining traction here at the center of the third great tech boom of the past two decades. So to be a responsible adult, this is where I have to be, here in the greatest city on earth.

So I won't be over there watching him; rather, I'll wait on messages through whatever channels may exist, to learn how his team fares, how he performs, and to make sure he stays safe, healthy, and happy.

Probably somewhere on the trip, in the middle of some game against some team from a distant corner of the planet, he'll be in his crouch, waiting to strip the ball from an oncoming striker, and he'll hear a voice out in that huge crowd, maybe someone who just happens to sound a bit like me.

That voice will be urging him on to do what he always does so well. Defend. And he will. 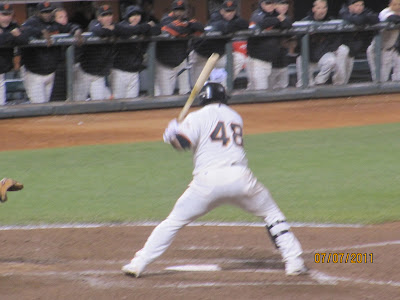 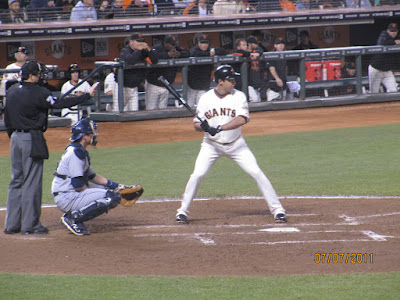 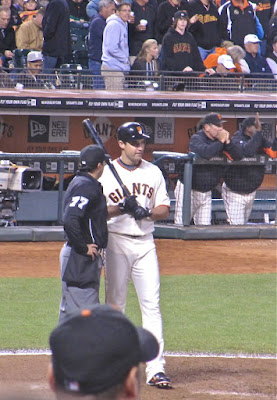 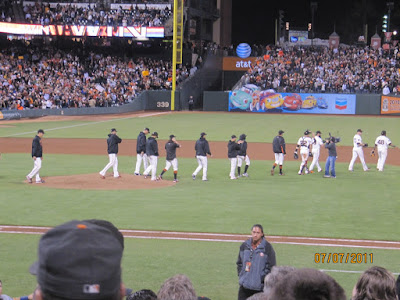 As the first half of the season draws to a close this weekend, the World Champs are in first place, looking to repeat.

East of the Fog, West of the Bay 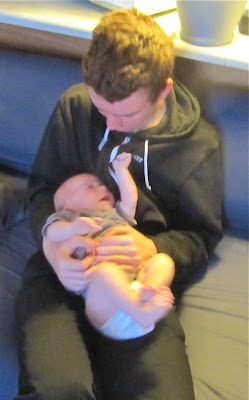 The western side of the city is cold and foggy, but here in the Mission, it's more like what most people consider summer, and has been for days. Ours is a family where children take care of children, older and younger. There are a breath-taking array of relationships across the age ranges. 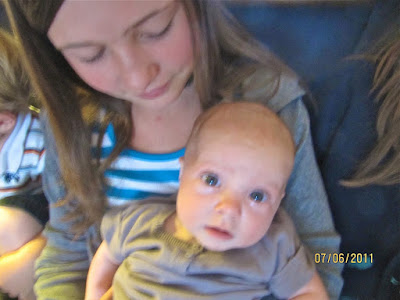 Babysitting a baby just a few months old can be a demanding experience. I know how to change a diaper, still, but trying to give her a bottle might have been more successful had I noticed that there was a cap preventing her from getting the milk. Much crying ensued. But a 12-year-old took over, rocking her, singing to her, and ultimately succeeding in calming her down. 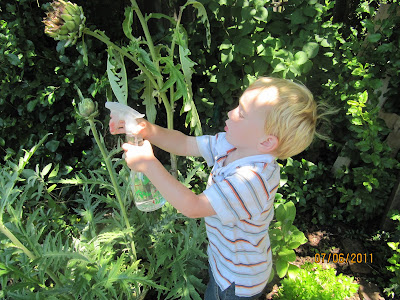 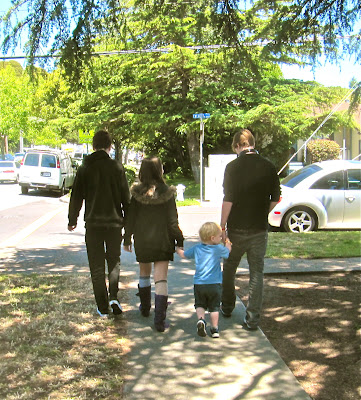