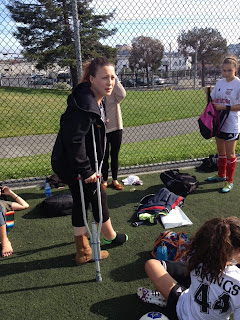 This week was in most ways one of the most enjoyable for me in years. Why? I worked.

I always work, of course, every single week all year long, year after year. There has never been a week when I did not work.

Because my work is something I love -- writing, story-telling.

People like me don't retire. Retirement is for those who did jobs they did not like. It was about getting by, paying bills, supporting their families, doing the right thing.

Much of the time, it was boring.

I'm 66 and collecting social security and medicare but this week I also worked, pretty much full-time, for the first time since the fall of 2010.

It made me happy.

I was in the middle of a newsroom. As news broke, people yelled, we scrambled, and provided coverage. As bits and pieces of the narrative blew into the room like a hurricane of undifferentiated facts (or non-facts), we sifted and sorted and compared notes.

Sometimes, humor took over. Often, it was pure tension.

"Is this a reality TV show or a city?"

"What's the all-time record for the most police chiefs in one city in three days?"

"We go live in five minutes. Can anyone tell me whether it is true there's a presser at 11 or not?"

Meanwhile, my youngest athlete has a badly sprained ankle. Twice I got calls to go and pick her up and drive her from or to school. Luckily the newsroom where I was working is a few blocks from my house, so getting to my car and to her, her school, and back, could all be done within half an hour or so.

Tonight, she insisted on going to her team's game and cheering them on, even though she can't move without crutches.

I hope she is recovered enough to play in the last game of the season, a week from tonight.

This week I am having the pleasure of blogging at yet another company. This is at least the tenth separate blogging host I've worked for over the past decade. Who knows how much of this content will ever survive into the future, but I am proud of the effort I've given post after post over many thousands of articles, and millions of words.

This is also a special week because I have been revisiting two special companies where I worked in the past. One, most recently 18 years ago; the other 24 years ago.

I'd like to write more but I am very tired after a 12-hour workday, alarm clock until now. Plus, I'll be back at it 12 hours from now once again.