Second in a Series 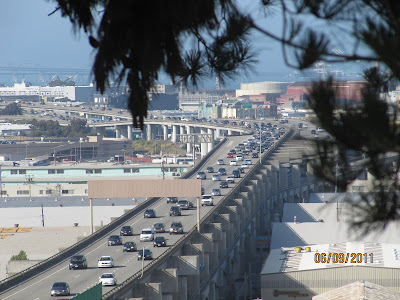 There's a perch from which you can watch any chunk of this city that interests you. This one, which I visit regularly these days, lets you monitor the traffic leaving downtown along Interstate 280 heading south.

My youngest son noted today that he often sees cars as well as people he recognizes all over town. Today, for instance, he saw a distinctive van downtown when I was dropping him off for a most unlikely venue -- a shopping mall where two girls were waiting to shop with him. (He hates shopping.)

Then he saw the same van a few hours later, parked a couple blocks from here, when I brought him home.

That led to speculation of how many times we pass within a block of somebody we know, used to know, or will in the future know without either of us realizing it.

Going With the Flow 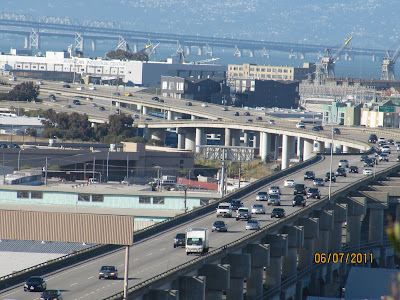 The first time he started out on his "motorcycle" today, my two-year-old grandson crashed into a nearby plant, albeit a big one, and dissolved into tears. He wasn't hurt, but I'm sure when I was his age I would have done the same thing. After all, it's humiliating, being felled by a plant.

After his tears dried, I suggested we get a helmet, and he agreed. 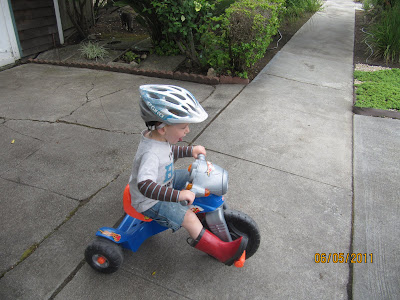 Back on his game, his Mom's bicycle helmet on his head, we went out once again to explore the world near his house. 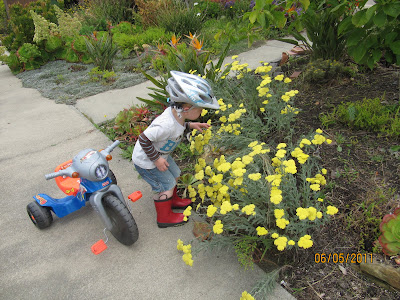 As he raced along the streets, his only stops were when beautiful flowers caught his attention. Every time that happened, he parked his motorcycle, went over and bent down to smell the flowers. Every time he did that, he told me they smelled "(d)ood, very (d)ood." 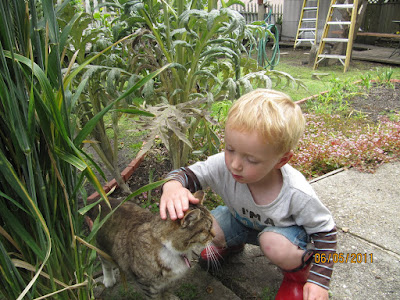 Back home, he encountered a sweet cat in his yard and couldn't help but softly pet it. The cat was willing to be petted, even by a baby.