Until this week, I did not know what to think about how far the scandals surrounding Trump would go. Now I do. We are headed straight to impeachment, perhaps not until after the next Congressional elections next year, but ultimately that is the only way this can end up.

Why? Because what we know to date is far from everything. There is a slow drip, drip, drip of intelligence leaking out of the White House and the intelligence agencies.

So, as a long-time investigative reporter, my sense is that there is much, much more evidence of collusion between the Trump campaign and Putin. I have no idea which smoking gun will sink the administration or when but there will be one. 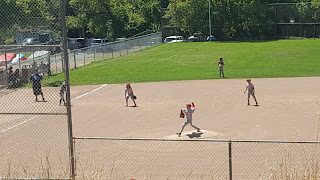 Work is slowly returning to a new normal following the June 15th hack. Our operations have been badly disrupted and my staff is exhausted.