The Surprises That Await Us All

The truth is, when I open up this field and begin to tap in words, I normally have little idea where I am going, or what story I really want to share.

But tonight, I know exactly where this is going.

The day began like any Thursday, with me waking up very early, brewing coffee, and preparing to drive my youngest son and his carpool-mates out to Lowell High School, considered the best public high school in this area.

By many estimations, the best west of the Mississippi River.

But I don't know about that, because who gets to decide?

Anyway, the four very smart kids in my car as we navigated our way through a very thick fog debated this year's disappointing political races, all the negativity and the apparent lack of awareness all politicians of any ideological stripe project that most of us simply do not care about theories or all that crap.

We just would appreciate a government that helped make our lives better, or got itself out of our way! For a bunch of teenagers, I'd say they were pretty damn clear about that.

For the sake of brevity, I'll avoid my many professional engagements from this daily journal entry, and get back to the parenting theme.

Working with my youngest daughter this afternoon on preparing for her math test tomorrow required all of my patience, always a commodity in limited supply, in the best of times.

Wat irks me is how easily she becomes discouraged, throws her head down on the desk, and seemingly gives up on our mutual quest to find a way that makes sense to her to solve the problems at hand.

She just has no confidence in her own ability to solve mathematical problems. Is this my fault? Her fault? Our society's fault? Her teacher's fault? Something as basic as the unintuitive numerical sequences enforced by our language compared to the super-intuitive versions available via Chinese?

I do not know that answer and I cannot calculate it.

In the meantime, my 17-year-old son, the athlete, and never one to describe himself as an academically-oriented person stole the day.

Just as he was rolling up his sleeves to show his tattoo, and adjust his earring, and go to the gym to continue his vigorous weight-lifting regime, and just as I was about to frame his latest all-city soccer certificate, news flashed across the local Internet site that he had been selected as one of two kids from his school for a city-wide arts award.

It turns out that, on his mother's urging, he submitted a poem several months ago to a competition.

As it also turns out, he is to be recognized at an event on the night of my next birthday.

"No way," he told his Mom, about attending that ceremony here in San Francisco, "I want to celebrate Dad's birthday that night." I didn't know at the time exactly what was going on, immersed as I was with my daughter in her math.

But when I got home and checked my email, I figured out the magnitude of his honor, and so texted him to say that the best thing I could ever imagine on my birthday would be to accompany my son when he is honored as a poet.

A soccer-playing poet! How many of those do we have among us? The title of his poem is "Imagine." I've not read it, obviously, but with his permission, I will reprint it here when I do... 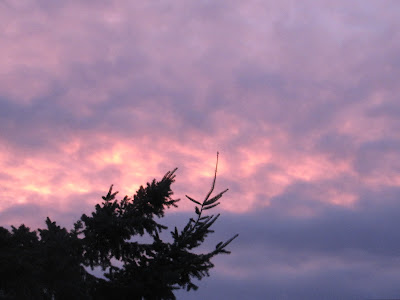 Riding on the bus, I watch the buildings as we pass them by, block by block. Usually, I am the driver, not the passenger. In that role, I may glimpse the same buildings, but only in a peripheral sense, never able to consider their essential meaning.

Now, as our giant Muni vehicle lumbers by, block by block, I notice the cracks and peeling paint, the defacements -- in sum, the vulnerabilities of many of these aging structures.

I also see the people on the sidewalks and bus stops with different eyes. As a driver, they are a constant cause for concern. So many elderly, young, distracted, or disabled people populate our sidewalks that I'm constantly worrying about making sure they do not edge out in front of my car.

As a passenger on the bus, these folks become the object of my study. Suddenly I am not their protector, hoping not to inadvertently hurt them, but a writer, curious about their stories.

Everyone has a story to tell.

That old Asian woman, bent over at the waist, proceeding along at a pace resembling that of a melting glacier, knows more about a time long ago and far away than you or I will ever be graced to share.

That odd fat, and (sorry) quite ugly man, dressed up as a woman opera singer, is either going somewhere for an event, or has a serious identity issue, at his age. I hope for the former, because if so, he's just having fun.

That little baby, with her bright eyes, is noticing everything as she is pushed along in her stroller by her nanny. She already has stories to tell, even though she appears to be at a pre-verbal stage of development.

The pace at which we absorb the visual presentation of the lives that surround us matters -- a lot.

What we see when we are in a position to see tells us who we are as human beings, in essence. Our essential selves have no power whatsoever. We are entirely vulnerable to the whims of nature, of human constructs, and (if you prefer) of the gods.

Time comes. Time goes. People come. People also go, often quite suddenly, without any warning. Words get spoken. Words remain unspoken. We all underestimate the effects we have on one another. That appears to be our collective fate, which is our greatest sadness.

I am a writer, As long as I can breathe, I hope I also will write. Word by word, I am attempting to tell a story. It's not really my story exactly; it's our story.

By nature, most of what I post as a parent comes in on the positive side of the scale, but as any parent knows, there are easily as many frustrating, scary, and confusing moments as any of those celebratory times when your kid gets all-A's, wins a big game, or does something sweet and endearing.

For example, there are those moments when they get into fights, red-faced, and embarrass both themselves and you in the process.

There are the times their report card arrives and you almost have a heart attack, knowing how short-term under-performance in today's world often can preclude options for their future chance at success.

Then there are the awful times you see them withdraw into themselves, go silent, and refuse to connect with you for reasons you have absolutely no visibility into.

It's never easy being a parent, but it is immeasurably more difficult being a teenager.

Just back from 48 hours of around-the-clock work as this kind of parent, I can attest to the exhaustion that results.

Hell, nothing really bad happened in the great scheme of things. They all seem to be fine. But I'm a total wreck.

Newt Gingrich won the South Carolina primary tonight going away, leaving Mitt Romney in the dust, for now. Rick Santorum lags in third place, thanks to some pretty incompetent counting out there in Iowa.

(Math lessons for Iowans, anybody?)

All of this stuff interests a political analyst like me because we are accustomed to assessing how candidates grow or shrink under the withering media glare we all, in large or small ways, combine to generate.

Here is a very rich man who has been successful in business, which is a good thing. He also, uniquely among all GOP hopefuls, served as governor in a very liberal state as a Republican and got some significant stuff done, which is another good thing.

He appears to have led an exemplary personal and family life, with no affairs or divorces or other of the typical problems that dog many charismatic politicians, and even though that is a third good thing, therein may lie one of his essential problems.

Americans like their political heroes to be real people. We are less concerned about their flaws than their ability to connect.

Romney blew his lead by appearing to be insensitive to the plight of normal people with some offhand comments about money. To him, earning some $370,000 a year in speaking fees is chump change, because he earns far more than that simply off his investments.

Romney's error, and this may well prove fatal, was not comprehending (or not being well-enough prepared by his staff to express) that what to him is chump change is to most of the rest of us to be the difference between being able to take care of our families or not.

That is Romney's problem. He does not seem to know what being an average American is actually about. He's very clearly among the one percent. Which would not be a problem except for the impact of the Occupy movement.

We may actually be witnessing the prospect of a real fight for the Republican nomination that could go on for some time.

If I were an Obama strategist, therefore, I would hope that a wounded Romney makes a comeback in Florida, which is a much larger media market, where advertising dollars will matter. Gingrich may have trouble generating enough money fast enough to challenge Romney there.

But Newt has all of the momentum.

There are other factors in play.

My sense is that if Romney releases his tax returns, presumably with no damaging surprises, and use his financial advantage to deploy the right media strategy, he may be able to regain his lost momentum.

But my deeper sense is that Newt has taken over this thing, for now.

It is still too soon to say we're looking at Newt vs. Barack. The GOP race remains open, to a degree we have not seen very often during recent election cycles.