I haven't really updated this blog with my personal circumstances in a while. I live alone. My kids spend a certain amount of time with me but they don't really live here, any longer, so they pretty much consider "home" their Mom's house, and this place just "Dad's house."

My GF got her own place recently, across town, but she hasn't really moved in there yet, because she's been traveling -- in Japan at present.

Given the state of the economy, and the fact that nobody much ever spends the night here, I've been wondering whether I should get a roommate? I'm not much attracted to the idea, but the financial benefits are undeniable.

We Americans are all, in one way or another, struggling to cope with the changing circumstances we find ourselves in. House values are falling everywhere, even here in the Bay Area (finally). Job losses are rising. Defaults on loans are up, as are foreclosures, and many people are dipping into their retirement accounts to stay afloat.

My immigrant Scottish grandfather would turn over in his grave if he knew the way my youngest child views money. She sees no reason whatsoever to store her money away. Like most kids, she gets money gifts, and earns allowances, and so forth, so she always has a small bit of "savings."

But to her, money means very little. As soon as she hears somebody needs some money to buy something, she quickly and enthusiastically gives what she has to that person. I haven't intervened yet, summoning my Scottish genes, to explain to her that this is not necessarily the best way to go about migrating through American capitalist society. 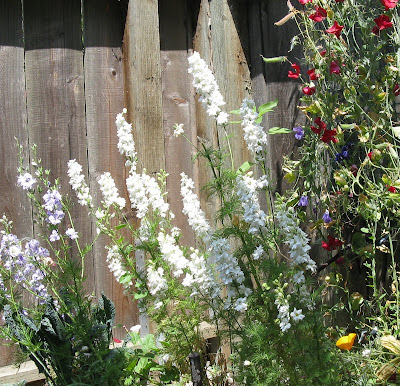 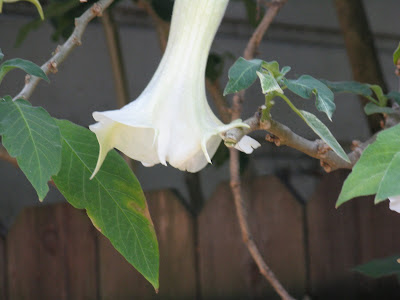 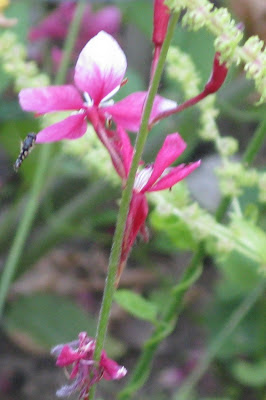 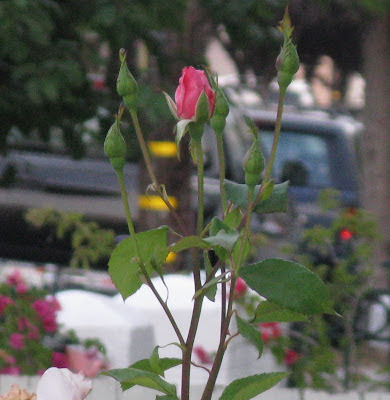 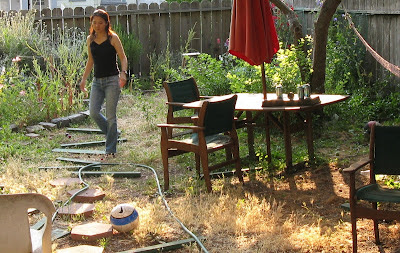 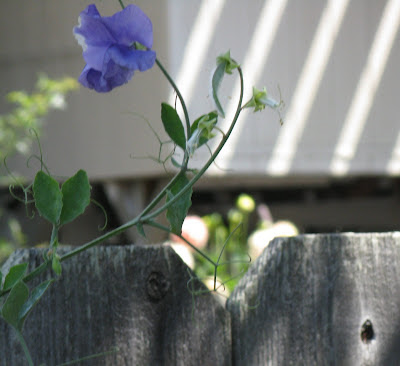 As a very reluctant viewer (to put it mildly) of Larry King on CNN, for reasons I need not go into, lately I've been absolutely captivated by his interviews with two amazing women -- French/Colombian politician and former hostage Ingrid Betancourt, and tennis star Venus Williams.

Betancourt endured ineffable horrors as a kidnapped hostage in the Colombian jungle until her daring rescue by the Colombian military aided by American military intelligence officials. Her elegance, emotional honesty, and articulate conversation in her third language was captivating as well as horrifying.

As an experienced interviewer myself, I thought King handled this delicate situation very well. Clearly, this woman is going to be fighting many PTSD-type difficulties, not to mention Stockholm Syndrome symptoms so clearly on display during her interview.

Venus Williams is at a different point in her story -- she's literally at the top of her game. She just won another Wimbledon. Rarely have I watched a more all-American girl, modest, self-deprecating, sweet, strong and well-spoken than she is. What a poster girl for this country, as she again heads to the Olympics.

So, there you have it, hats off to Larry King. Anyone who's done interviews knows that it is an art to do them well, turning them into conversations as opposed to interrogations. I learned more about these two amazing women from these two television interviews than I'd picked up from scanning dozens of print interviews.

I still don't like TV, nor any of the practitioners of TV journalism, but every now and again, these guys do it right. When they do, they deserve credit.

Many people don't bother to read the "comments" that readers may post to this and other blogs, so I want to re-post my cousin Dan's description of the astonishing corruption his Dad encountered inside the Chrysler Corporation in the late '50s. Of course, I was clueless about all this at the time. As a son of Motown, I followed everything the auto companies did, which is to say I drank their public propaganda like Kool-Aid.

As his parents' only son and youngest child, George moved his family to Florida to be close to my grandparents as they approached the last years of their lives. I knew about that, but I didn't know the following, though I do now, courtesy of Dan:

"If it is higher level collusion and intrigue that interests you, exploring Dad's early experience at Chrysler Corporation might fascinate. The same qualities that propelled his early automotive career at Fisher Body came squarely against the corruption at Chrysler in the late 50s.

"As the youngest General Superintendent at Chrysler, heading up skilled trades at the then new Twinsburg Stamping Plant, he uncovered a scheme involving a corporate vice president who was getting kickbacks from a sham business operated in his wife's name. In spite of attempts to threaten and bribe him, (Dad) exposed what he knew, leading to a corporation wide shake up in 1959 and 1960.

"A well known Detroit based attorney, Sol Dan, moved legal action which eventually blew the lid off and ultimately changed the Chrysler board. At one point, Dad threw a corporate rep out of his office when the rep told him it would be a shame if anything were to happen to his young family.

"On another occasion, Mother called him at the plant to say there was a strange man attempting to leave an expensive shop tool at our home. He had her put the man on the phone and told him that if he and the tool did not leave immediately, he would call the police to have him arrested."

There are lots of people who've done fine things and become quite famous as a result. They are the ones who run for President, or hawk brands, and have PR and marketing agents to repackage their stories.

Real heroes, to me, are like my Uncle George Anderson. He did the things he did out of a personal sense of honor and principle.

I'll be his PR man any day of the week.

Wow, thanks to cousin Dan I now know my Grandpa was a moonshiner. Well, not quite. He made wine during Prohibition, not rot-gut whiskey. I wonder how he did it? Where did he get grapes? The only grapes I remember spotting in Michigan were wild Concord grapes, very blue, tart and with not much meat around the seed.

But, I also remember that Grandpa had a deep love of green grapes, so without any empirical evidence, I bet he made white wine. The irony here is he was no drinker himself, as Dan notes. He was a strict follower of Christian Science. But he also apparently hated any government interference in a man's personal life; thus his Prohibition-era activities.

One thing I don't yet know is whether he gave this home-made wine away or sold it? I imagine some family member much more in the know than I can supply the answer.

I could never get close to my grandfather. He was too intimidating, and dismissive of my oddness. He could not appreciate that I was born lacking all engineering skills. These many decades later, another irony is that I work only with engineers.

Plus this: He and I share a deep resentment of gratuitous government power. My immigrant Grandpa and I were much more alike than I ever realized when I was young. The only way I've discovered this is through this blog.

If anyone ever needed a reason to begin this kind of personal blog, maybe this story will help them start one. 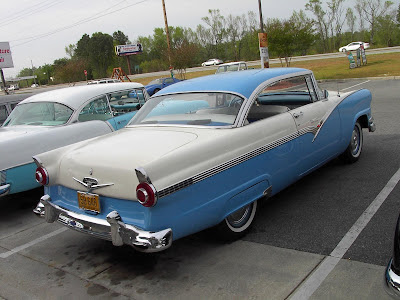 Though she's off to Japan for a while, often as not lately when I get home and she is here, Junko's been reading something or another about automobiles. Such is the obsession of the new driver, even at middle age (44.5), who's still amazed at how well she can maneuver cars of various sizes in this, one of the strangest driving environments on the planet.

After all, we don't just have hills in San Francisco, we have mountains. Plus a confusing array of one-way streets that only occasionally continue to be one-way streets as they bifurcate the city. No, that would be far too easy. Our streets like to tease drivers: Now I'm one-way that way; now I'm two-way; oh oh, now I'm one-way the other way!

If this sounds like our population, sobeit, but hey, I'm not complaining here. The sexual orientation of those around me only make this place more interesting. I see, I sense, I appreciate. Sometimes, I admit, I feel even older than I am biologically, because I am so boring, i.e., single-minded as far as my sexual proclivities are concerned.

My only consolation is that I love women SO much that I hope that counts for something somewhere for somebody. And I do. My eyes still wander; Junko makes fun of me for it. "You love Asian women so much, you really should move to Daly City," she says sincerely. But no, I protest, I also love white, black, Latina, Indian, Filipina, and Indigenous women -- do they live there too?

It's a familiar joke, because she knows I could never live in Daly City. Malvina Reynolds sealed that deal a long time ago when she wrote "Little Boxes," and enshrined the term "ticky-tacky" in our language eternally.

In any event, the title of this post contains a promise, so I best deliver on it. The image of a car above is a 1956 Ford, blue and white. As the new cars were being promoted in late summer/early fall 1955, I was 8, and I got my hands on the photos of what was soon to be coming down the line.

But it was forbidden love, naturally the most exciting kind. I already knew that NOBODY in my family would buy a Ford. Why? Because, according to family legend as it was related to me, Ford stole my Grandpa's tool and die tool designs and patented them, never compensating him a dime.

I do not know the truth of this family story, but I'm thinking my cousin Dan might. The way I heard the tale, Grandpa quit Ford when he found out that he had been ripped off. It may have been during the Depression or maybe in WW2. But, so I recall being told, he went over to GM, and from then on, we all only bought GM or Chrysler cars.

I know my Uncle George went to work not for Ford or GM but for Chrysler. Was this related to the insult to our immigrant clan? Again, I just don't know. Probably my big sister Nancy or Dan's big brother George know many more facts than I, in this regard.

When I reached age 16, I'd been working summer and after-school jobs for around four years. I'd delivered newspapers, picked tomatoes (learning a bit of Spanish in the process), managed a Hobby Shop, walked dogs, babysat, and done odd jobs in the neighborhood.

This lovely colored Oldsmobile, or rather one that could be its twin, came on the market near where we lived at the time, just outside of Bay City, Michigan. The asking price was $40. Despite my work habits and my inherited (from my Scottish Grandpa) ability to save pennies, I still didn't have that much, and my parents were in no position to help me buy it.

So I lost it. Somebody else claimed the car I lusted after, as much as any girl I lusted after at that age. Instead my first car came into my possession a few years later. We called her "Alison's Restaurant," but that's another old story, one to be told some other time...