Often during a recession, they say, people turn to sports and entertainment to take their minds off what is happening. Maybe that's what I am doing. Why post about all the depressing news like the Blagoyevich and Madoff scandals. The baseness of the rich and would-be powerful never ceases to amaze me. Comparatively, the working poor and middle class working people I've known are paragons of virture by comparison.

Enough of that. Sports! 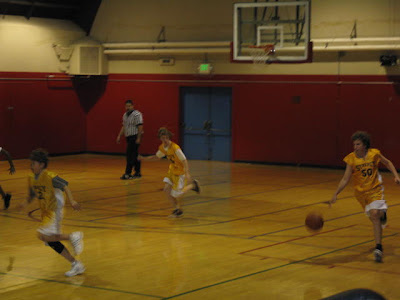 Particularly 8th-grade varsity basketball. Tonight was the first game of the school's season, a rainy, cold night for a game against Kipp at St. Mary's, which is Synergy's "home" court. Aidan was a perimeter player last year, but now he has grown to 5'11" in height and 11.5 size shoes, he's the "big" man inside -- the guy who takes the jump balls, plays the boards, and battles for the ball. 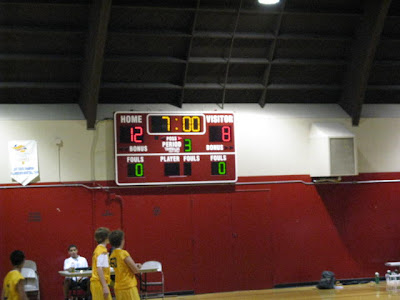 His line tonight? Eleven (!) rebounds, six steals, 3 blocks, one assist. He scored 1 of 5 from the field, mostly short shots, got fouled twice and hit two of three free throws for a total of five points. He played 29 minutes of the 31 minute game, which went into overtime before his team lost, 26-24. He committed no fouls and had two turnovers. He won one of two jump balls. 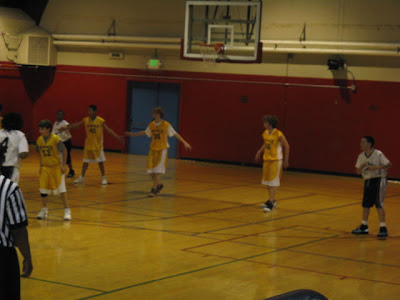 Afterwards, he said "That was a good game." I love that about him. He's competitive but not in an emotional way. Win or lose, he just loves to play.
at December 15, 2008